Who is Elijah Craig?

Elijah Craig was a preacher who considered to be the father of bourbon. Bourbon is more or less American whiskey as Scotch is Scottish whiskey. Elijah Craig Small Batch by Heaven Hill is a great introduction to bourbon for a newbie. At about $30 for a 750ml bottle, you won’t feel cheated if you don’t care for it. If you have ever liked any type of whiskey, I am sure Elijah Craig Small Batch will not offend you.

About 15 years ago, I first noticed Elijah Craig. Since it wasn’t super expensive, I grabbed it. From what I remember, it was firewater. That was a crazy night. Elijah Craig has definitely stepped their game up since then.

The aroma of Elijah Craig Small Batch is a barrage of scents headlined by vanilla, caramel, and oak. While nothing to write home about, it is very pleasant. While some higher-proof alcohols have an overwhelming smell, Elijah Craig is quite light.

At 47 percent alcohol by volume (abv), Elijah Craig Small batch does not have the burn of many alcohols over 40 percent. The flavors are predominantly oak and vanilla with a hint of cinnamon.  If I had to compare it to something else, I would say the taste is somewhere between Buffalo Trace and Four Roses at about the same price.

Many low-end bourbons are not worthy of being drunk as a shot, neat or on the rocks but Elijah Craig Small Batch is. Since this bourbon is very balanced, it will blend well in any mixed drink that calls for bourbon. My favorite way to drink it is over ice with Coke Zero.

Elijah Craig Small Batch is good. If you are new to bourbon it is a great balanced introduction. If you are starting a bar, it is a wonderful house bourbon and a daily sipper. For a few more dollars Bulleit Bourbon and Eagle Rare 10 Year have a more distinct flavor profile. 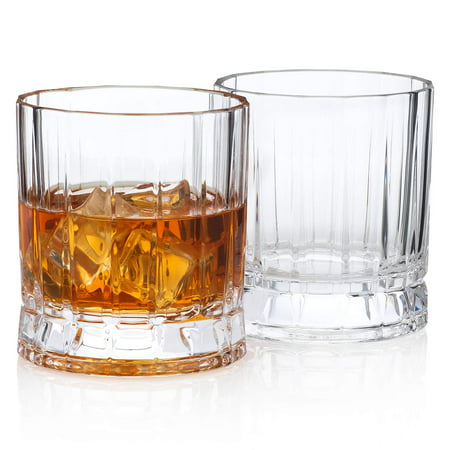 The Buck Stops with Harry Truman’s Classic Bourbon Glass.” I don’t much care for your law,” said Harry Truman, “but, by golly, this bourbon is good.”